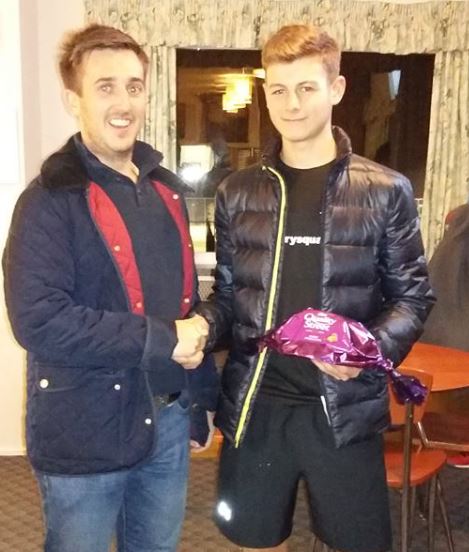 There were more winners than losers last Thursday among the 11 teams from our three local squash clubs playing in the men’s North West Counties League.

But there had to be one of each in Division Two East, given that the Bollington and Prestbury First Teams were doing battle against each other at Bollington’s Leisure Centre.

The visitors eventually took the honours and local bragging rights, as they secured victory by the odd match in five – with Nick Thompson, Paul Lomas and Rob Alcock winning for sixth-placed Prestbury. The ‘Bolly Firsts’, for whom Chris Ogden Senior and Oli Cunningham were successful, stay ninth – albeit now just two points above the drop-zone.

In Division Three South-East, Macclesfield Squash 1 remain winless and rooted at the bottom after their trek south to play Crewe Vagrants 3. They did, however, claim victory at two strings for only the second time this season, as James Douglas and Martin Hall both won in the course of a battling 3-2 defeat.

Divisional companions Prestbury 3 went one better – stopping the rot, after five straight losses, with a 4-1 win at home to fellow strugglers Buxton 1. Brian Lomas, Chris Dunkerley, Rick Bower and Andrew Worsley were all victorious – not to mention relieved at lifting their team 21 points clear of the relegation places.

Both local sides in Division Four South also enjoyed 4-1 victories, together with healthy doses of points to aid their respective causes. Bollington 2’s successful trip to Alderley Edge 5 – where Lyndon Stonier, Stuart Arnold, Olli Stewart and Malcolm Kendrick all won – keeps them third, and very firmly in the promotion hunt. And down at the other end of the table, Prestbury 3’s second home win running, thanks to Paul Bartle, Graeme English, Paul Maher and David Fitzpatrick, saw off the challenge of Alsager 2 and took the ‘Thirds‘ to within just two points of safety.

Prestbury 4 retain pole position in Division Five South, despite suffering a first defeat of the campaign at home to third-placed Radbroke Hall 2. Gareth Evans and Dave Jones both fought back from two games down to win their matches for the leaders – only for Radbroke to edge the overall affair 3-2, following a long and closely-fought contest on which the court lights finally went out at 11:15pm.

The divisional form-team of the moment are Prestbury 5, who moved up to sixth following their fourth successive victory, away at Grove Park 9. Wins for Phil Colville, Dave Marwood and 17-year-old Greg Stanger, together with two walkovers, saw the ‘Fifths’ triumph 5-0 and leapfrog Macclesfield Squash 2, for whom Annika Hall picked up a consolation success in a 4-1 reverse at Buxton 2. 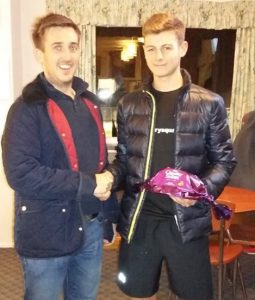 Keon – Man of the Match

But, arguably, team performance of the evening was that of ninth-placed Prestbury 6, who triumphed 4-1 at home to Grove Park 8. Without a victory since the season’s opening night, and fielding three juniors, the ‘Sixths’ simply sparkled as Jonny Murray (14), Keon Raked (15), Ash Hanson and Chris Murray all won, and 13-year-old Kaamil Bhatti fought impressively before being pipped in his final game.

In the Cheshire Ladies’ League, both local teams signed off ahead of the mid-season break with home defeats that nevertheless left them occupying the same positions in their respective tables as they had done a week previously. Second Division Prestbury remain sixth, in spite of losing 5-0 to Bowdon 2, while wins for June White and debutant Paula Lomas could not prevent fourth-placed Bollington’s 3-2 reverse against Warrington 2 in Division Three.