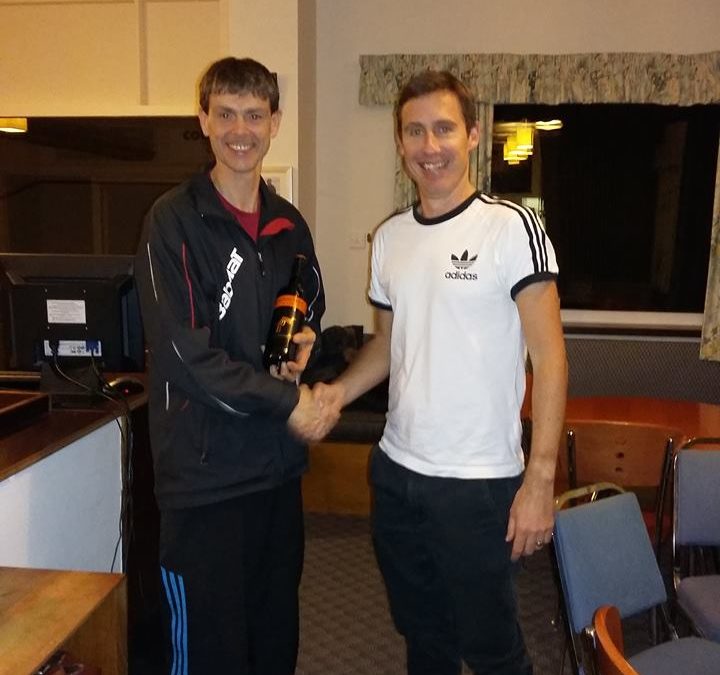 Unusually, only nine of the 11 teams from our three local squash clubs saw action last Thursday in the men’s North West Counties League – although the circumstances surrounding the two who did not were rather different.

Bollington’s Second Team simply found themselves without a match due to the vagaries of the fixtures-computer, and remain third in Division Four South just the same. But Division Five South leaders Prestbury 4 actually achieved a victory without having to take to the court, after their scheduled visitors, Grove Park 9, failed to raise a side for the trip to Bollin Grove. The unbeaten ‘Fourths’ extend their lead at the top to 24 points as a result.

Of the matches that did take place, the most nail-biting was arguably Bollington 1’s home fixture against fellow Division Two East strugglers Hyde 2. It ended 4-1 in favour of the ‘Bolly Firsts’, who leapfrogged the opposition into ninth place following victories for Chris Ogden Senior, Oli Cunningham, Lyndon Stonier and Rick Walters – but with the latter three all edging their matches by the odd game in five, it was a closer, and rather more nervy, contest than the final scoreline might have suggested! 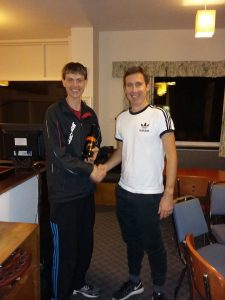 Divisional companions Prestbury 1 visited third-placed Alderley Edge 2, and, just as Bollington’s First Team had done against the same opponents a week previously, found themselves on the wrong end of a 4-1 defeat. Brian Lomas picked up a sole win of the evening for Prestbury, who have slipped back a place to sixth.

In Division Three South-East, Macclesfield Squash 1, in the basement position, visited second-from-bottom Buxton 1 – only to see the points-gap between the two sides widen still further, following a fifth successive 5-0 reverse for the Maxonians. Buxton, by triumphing so emphatically, have also closed in on eighth-placed Prestbury 2, who, in spite of straight-games wins by Chris Dunkerley and Stuart Melia, lost 3-2 away to table-toppers Crewe Vagrants 2 and are now only seven points clear of the drop-zone.

Following a victory the previous week, Prestbury 3’s season of struggle in Division Four South resumed at Sandbach where the ‘Thirds’, who are 10 points from safety, went down 5-0 – despite stirring performances by Graeme English and Paul Maher, each of whose matches was taken to a fifth game.

Bollington 3, on the back of two defeats, and Macclesfield Squash 2, enjoying a run of three straight wins, contested a derby at the latter’s leisure centre in Division Five South. But the current-form book went out of the window, as Andy Phillips, Gareth Ainsworth, Martin Ogden, 15-year-old James Walton and Andrew Berry all won to give Bollington a 5-0 victory, the local bragging rights and a return to second place behind Prestbury 4.

Prestbury’s two other Division Five sides, positioned eighth and ninth respectively, were on the road – with varying fortunes. The Fifth Team secured a third consecutive victory, thanks to wins by Dave Jones, Ben Parker, Pat Hunter and junior player Greg Stanger (17) that saw them prevail at nearby Alderley Edge 7. The ‘Sixths’, meanwhile, travelled a little further afield to New Mills 2, where victories for 14-year-old Jonny Murray and captain Ash Hanson were not quite enough to avoid the team’s third 3-2 defeat in a row.

In the Cheshire Ladies’ League, three days earlier, both local teams had also suffered narrow 3-2 losses away from home. Second Division Prestbury, for whom Fran James and Linda Maher were victorious, dropped a position to sixth after being pipped by Brooklands 1, while wins for Annika Hall and June White could not prevent fourth-placed Bollington’s defeat at Marple in Division Three.