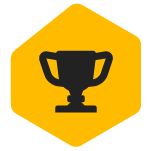 The second week’s round of matches in the North West Counties Summer League last Thursday saw four of the five teams from our local squash clubs in action.

Bollington 2 were the side without a match – while Bollington 1, like their bottom-of-the-table club-mates, remain without a victory after suffering a 4-1 defeat at home to a strong Alderley Edge side. Rick Walters emerged with consolatory plaudits, however, for seeing off the challenge of Alderley’s former Second Division player from The Northern, Steve Bromage.

Macclesfield Squash were on the wrong end of the same scoreline at Club AZ. The Alderley Park hosts fielded a line-up comprising, for the most part, regulars who had helped them secure promotion from Division Four South last month – and their first four participants on the night all romped home in straight games before Ken Nicholls, at fifth string, picked up the stand-alone victory for Macc.

There were better fortunes for both Prestbury teams – with each side edging its fixture by the odd match in five for a first win of this year’s competition.

Prestbury 2 – competing with the Bollington and Macclesfield teams in the South Division – played host to Buxton. Straight-games victories for captain Mike Quartley, debutant Alan Whiston and junior player Kaamil Bhatti (14) combined to get the Bollin Grove side off the mark for the summer.

East Division outfit Prestbury 1, meanwhile, made the short trip up the A34 to Grove Park and came away with the spoils, thanks to a win by skipper Andrew Worsley, as well as a victorious father-and-son double act featuring Chris and 15-year-old Jonny Murray. The team, now up to third place, currently enjoys the highest Summer League position of all the sides from in and around the town – although it is, of course, still early days…

The Men’s Final, for the second year running, featured cousins Paul and Mike Lomas – with Paul gaining revenge for a straight-games defeat in 2016 to triumph 3-2 and chalk up his eighth title.

There was also a repeat of last year’s encounter in the Ladies’ Final – which this time around produced an enthralling encounter between Linda Maher and reigning, 15-time, champion Jane Mackay, before the latter triumphed over four close games to re-claim the crown once more.

The Men’s ‘B’ Final proved a typically high-quality contest between club coach Brian Lomas and the eventual winner Rob Alcock – while the Men’s and Ladies’ Plates were awarded to David Fitzpatrick and Jen Powell, following their respective victories over Alan Whiston and Anne Yates.